It’s hard to find a great tasting soft drink that’s good for you. Mostly they’re full of ingredients you can’t pronounce, combined with sugar that you really shouldn’t be chugging.At Karma Cola we reckon it’s a good idea to cut back on stuff that’s bad for you and, unless it’s a special occasion, drink a glass of water.But, if you’re hot and thirsty and you crave a cold refreshing fizzy drink, then drink one of ours.Unlike other soft drinks, Karma Cola and our family of fizz pop stars are made of organic, Fairtrade ingredients and good sugar - the lightly processed kind that isn’t bleached white with sulphur. When you’re thirsting for a good cold drink don’t be tempted... drink no evil.

The fruit, sugar, spice and everything nice we put in our drinks is the best we can find on the planet – sourced from Fairtrade organic farmers. If we can’t find a Fairtrade farmer growing what we’re after we hunt out the best tasting organic variety.This has taken us to South America, West Africa, Sri Lanka, India, The Negev Desert, Sicily, the River Jordan and a little place in the South Island of New Zealand called Pleasant Point.

There’s a saying in the Gola jungle of West Africa; ‘He who brings cola brings life’.Cola isn’t a new thing there.
For centuries people in Africa have chewed cola for energy and split cola to celebrate friendship.Surprisingly, the rest of the world drinks about 1.9 billion colas a day – over a million a minute. Even more surprising is that the African people who discovered cola don’t make a cent from the world’s most popular fizzy drink.We thought it was about time someone did something about that... So we made Karma Cola. 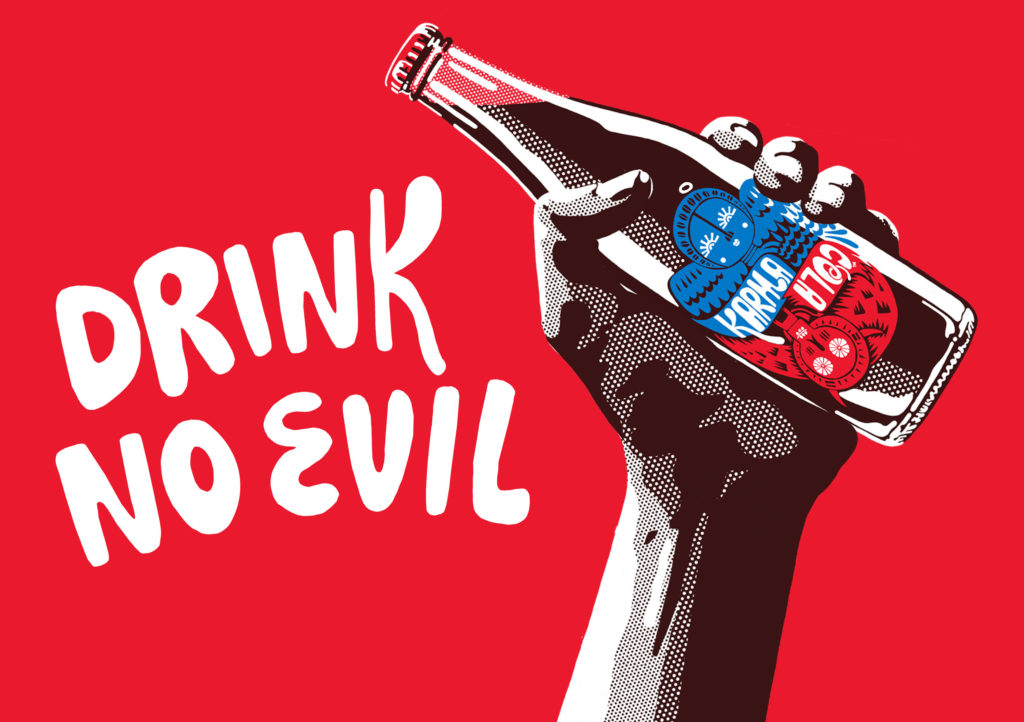